The sweeping tax bill signed by President Trump in December 2017 includes major changes that are sure to affect every American when tax day arrives. For those considering a divorce, one provision in particular could mean thousands of dollars saved or lost each year. 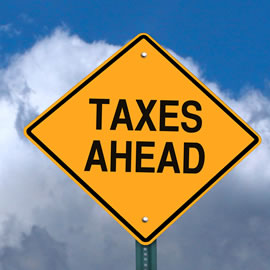 According to the Census Bureau, roughly 243,000 people received alimony in 2016. Ninety-eight percent of those recipients were women. Before the tax bill became law, those who received alimony (also called spousal support) were required to report those payments as income and pay taxes on them. The spouse paying the alimony was able to deduct those payments.

The big change in the tax bill is that now the spouse paying alimony will not get a tax deduction for that amount. The spouse receiving the alimony will not pay taxes on it. This could represent big savings for women if they are on the receiving end of alimony, and increased expense for their ex-husbands!

It is important to note that this change will only apply to . All support agreements that are official before this date will remain under the previous tax rules.

If the higher-earning spouse can’t take a tax deduction for alimony paid, that ultimately puts more money in the pocket of the government. A higher earning spouse will be in a higher tax bracket, which means he’ll have to pay a higher tax rate on the amount than his lower-earning wife would have had to pay.

This change also puts alimony in line with the way child support is taxed.

What This Change Means for Divorce

Divorce attorneys and Certified Divorce Financial Analysts have been mulling over this change trying to determine how it will affect their clients. Some attorneys fear that this will end up lowering the amount of alimony higher earning spouses are willing to offer. It could also induce them to fight harder against alimony and spousal support obligations in the first place.

You can also learn more about all the financial implications of divorce at the Second Saturday Divorce Workshop. Search to find a workshop near you.

6 thoughts on “How Alimony Is Taxed”

Get a Free Bumper Sticker!