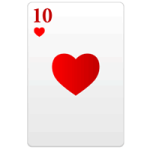 My nine-year marriage has been rocky for quite some time, and my husband and I periodically talk about divorce. A friend told me I should stick it out a while longer since there are benefits to being married ten years or longer. What are those benefits?

In some states, such as California, in a marriage of ten years or longer the court retains he right to order that alimony be paid to the lesser-earning spouse for as long as she needs it, if the other spouse has the ability to pay. If you do not know the rules in your state, you could unintentionally lose your right to alimony.

For instance, you and your spouse might negotiate a fixed amount of alimony for a set period. If your settlement agreement designates that the alimony is non-modifiable, the court will not retain the right to extend alimony beyond the time specified, even if your marriage was longer than ten years.

Similarly, you and your spouse may include a mutual waiver of alimony in your divorce agreement. If you waive your right to alimony, you can’t get it back, even if your marriage lasted over ten years.

A ten-year marriage is also considered to be a long-term marriage by the Social Security Administration.

If you were married for ten years of longer, you will be eligible to collect derivative Social Security benefits based on your ex-spouse’s earnings record when you reach retirement age (if you aren’t married to someone else at the time).

Those derivative benefits are equal to one-half the amount your former spouse is eligible to collect, based on his earnings over his entire career, including the year after your marriage was dissolved.

If you are divorcing a person with great future earnings potential, consider sticking it out a little longer or delay finalizing the divorce until after the ten-year mark.

Ten years is also important if your spouse is in the military and will be eligible for retirement pay. If you were married for at least ten years while he was on active duty, you will qualify for direct enforcement, which means your portion of retirement pay will be paid directly to you by the military finance office.

714 thoughts on “The Benefits of Being Married Ten Years”