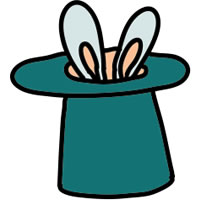 Is There Really a Magic Rule That Will Tell You Exactly How Much You Can Withdraw Every Year During Retirement?

Wouldn’t it be great if there was a nice, simple rule you could follow to know how much money you could safely withdraw from your retirement savings so that you won’t accidentally go broke long before you leave this world?

Well, it just so happens that there is…sort of.

It’s called the 4% Rule, and it doesn’t require much explanation. In retirement, take out no more than 4% of the combined value of all the financial assets you own, and your retirement savings should last at least 30 years, which is more than the average length of time Americans spend in retirement.

Is the 4% Rule as Magical as it Seems?

The “rule” originated in a 1998 study by three professors from Trinity University in San Antonio, Texas. They tested five different portfolio asset allocation strategies using historical market index performance for stocks and bonds for the 70-year period from 1926 through 1995, and annual withdrawal rates ranging from 3% to 12%. They found that regardless of the asset allocation – from all stocks to all bonds and several mixes in between – capital remained in the accounts after 30 years if withdrawals didn’t exceed 4% a year.

Sounds good, right? Well, the 4% Rule isn’t exactly as bulletproof as it may seem. The more you think about it, the more you might begin asking questions like:

Questions like these very quickly show the real value of the 4% Rule: it’s a good place to start.

The 4% Rule in Action

As a starting point, the rule can be especially sobering for people who think they can withdraw 8% to 10% a year or more for 30 years. Others might look at their retirement savings and realize that a 4% annual withdrawal won’t provide them with the lifestyle they want.

Instead of panicking, begin planning. (Learn how you can save for retirement with just $5 a day.) Use the 4% Rule to estimate how much you need to accumulate to retire. For example, if you want $100,000 a year, it’s going to take a nest egg of $2.5 million in today’s dollars to get there.

The Better Way to Optimize Your Withdrawal Rate

The truth is that using the “right” withdrawal rate year after year is a lot more complicated than applying a simple rule of thumb. You need to take into account your health, your family history for longevity, variable rates of return, your risk tolerance, and all of your retirement goals, including what kind of legacy you may want to leave. (Learn how to choose the best 401k investment for you.) Ultimately, the only right way to determine how much you can withdraw annually once you’re in retirement is to create a comprehensive financial plan and then update it at least once a year.